FREE HOUSE PLANS FOR DISASTER RELIEF We support those who have been affected by natural disaster this year. Learn More

This annual competition was organized at the Broadway Commerce Center in downtown Eugene during the month of October, where local architects and landscape architects present their featured projects in various categories, and the citizens of Eugene cast their vote for the best project in each category. 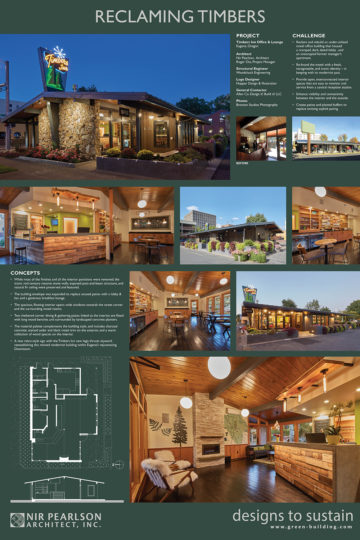