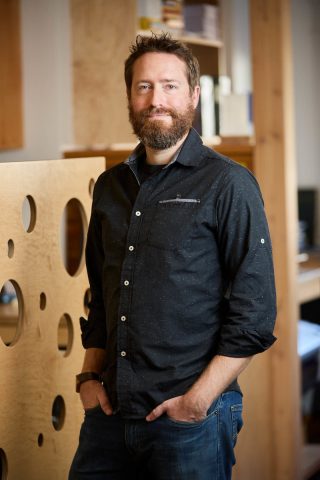 Jarrod is a recent transplant to Oregon, who moved to Eugene with his family from Tucson, Arizona in late 2016.  In Tucson Jarrod studied Architecture at the University of Arizona, where he received a Bachelor’s of Architecture in 2008.  After graduating, his work focused on primarily commercial and municipal projects, including work for various public agencies and private commercial clients. Jarrod obtained his Arizona Architectural License in 2015.

Growing up, Jarrod’s family spent each year traveling the country living and working at Renaissance Fairs, which has given him a unique outlook on both adaptability and appropriate use of space.  Because of his interests in sustainability, Jarrod’s designs attempt to find a balance between economy, comfort, and impact, while maintaining both function and efficiency.